Almost all episodes and few movies

If you are looking for Evil Chameleon Controlled John, then go here.

John (also spelled Jon or Jhon) (Hindi: जॉन) is the main antagonist in the Motu Patlu series. He is a wanted criminal who always plans to harm Motu, Patlu, and Furfuri Nagar. However, the "Shaitaani Ideas" (evil ideas) of his "Toofani Damaag" (stormy mind) are foiled by Motu and Patlu. His life goal is to become the most feared and dangerous don.

John earns money by looting banks, jewelry shops, and any other riches he can find, but he has not been successful due to many of his plans being foiled by Motu and Patlu. His financial state is evident by the fact that he does not even have a proper house and lives in a hideout in the outskirts of the city.

John is short and plump and is about 30-40 years old. He wears a blue flower-designed suit and a yellow shirt underneath with a brown belt, brown shoes, dark blue pants, and three gold chains with the letter J for John and 8 rings on all his fingers except the thumbs (the jewelry of gold is probably stolen). In the newer episodes of Motu Patlu, John wears a blue shirt with multiple patterns, a light green shirt, and purple pants.

John is a cunning mastermind and every plan he makes, are failed due to Patlu who foils them. Due to him going to jail many times by Motu and Patlu, he hates them bitterly and uses every possible method to harm them and sometimes takes gadgets from illegal scientists in exchange for stolen money. He has been greedy to the point of releasing Motu, Patlu, and friends from a unescapable magic bungalow (by name) just to get some treasure. John has tried multiple times to rule Furfuri Nagar. For example, he gave drugged sweets to the city's inhabitants to mind-control them and tricking them into leaving with promises of a grander city. However, he does have a shred of good, as shown when he tries to help Motu and Patlu get rid of some ants (albeit with the promise of payment) or when he decides to be Motu's servant after the latter saved his life in Sevak John.

John is a mastermind in thievery, which is evident with the majority of his schemes amount to John actually being able to steal his target, albeit temporarily. He can fool Motu and other people. He is also very good at mimicry and disguise. His ability was to increase his height as seen in Big John. With certain inventions, John can get stronger. John also has a pistol, which he doesn't use often.

He is less clever than Patlu. He is also physically very weak and knows little to none hand to hand combat. This weakness is not apparent when he is enraged by his own goons however, resulting in him physically abusing them with great strength. 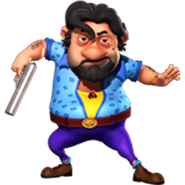 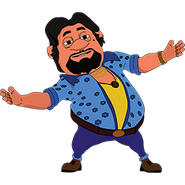 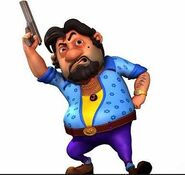 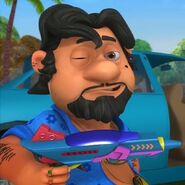 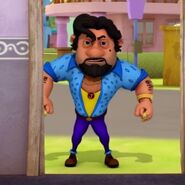 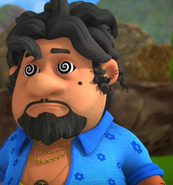 Jon and his goons Number 1 and Number 2 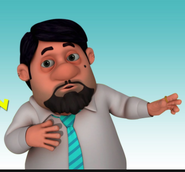 John as a gentleman

John with his goons in the episode "John ka bhookaamp" 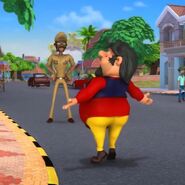 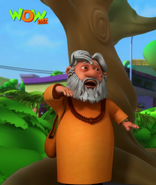 John in his "saint" disguise

John after being sprayed with one of Dr. Jhatka's inventions 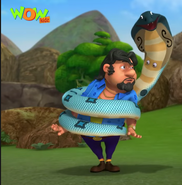 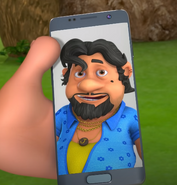 John as seen from Patlu's phone 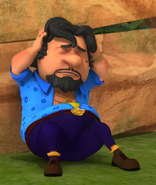 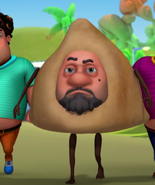 Motu's perception of John while under the effect of the Dream Medicine.
हिन्दी मराठी اردو Tiếng Việt
Community content is available under CC-BY-SA unless otherwise noted.
Advertisement